So What’s With Sangiovese and all its Names? 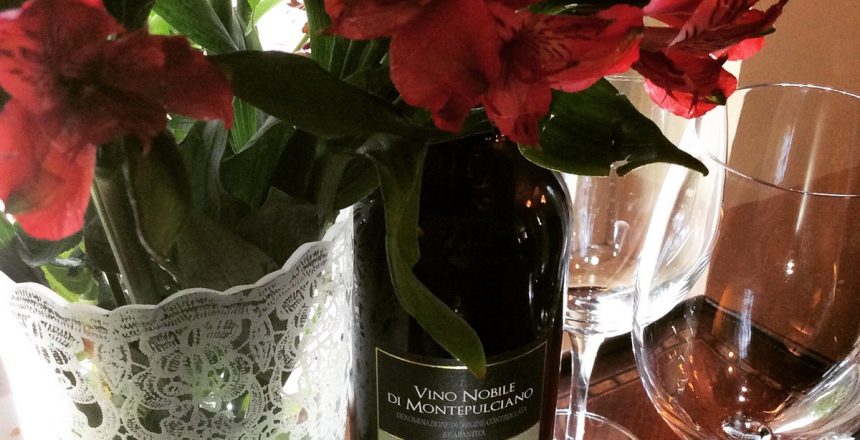 So I ended up having an impromptu dinner party on a recent Saturday night. I used to wine and dine folks all the time pre – Thing 1 and Thing 2. It was nothing for me to plan a large meal and invite folks over to get them all full and liquored up. Both my husband and I were raised with grandmothers/mothers who believed in feeding all who walked through the door and it certainly rubbed off on us. Barbecues, crawfish boils, Thanksgiving dinners, Christmas and New Year’s parties and everything else in between were all fair game. And if you were nearby and wanted to drop by to visit, it wasn’t a problem as we could whip up something in no time. Enter Thing 1, and we cut down on this a little but still regularly entertained folks. Enter Thing 2 and it all came to a screeching halt. I was lucky to be coherent at work and we were all lucky to even eat meals on a regular basis. Periodically, I would lose my damn mind and host an event only to declare the next day that we were never hosting people again. So on this recent Saturday just coming off a vacation at Mickey’s house of the West, my husband had a suggestion for spaghetti and meatballs. Thing 2 is completely anti-meat and Thing 1 claims to not like any meat in spaghetti despite her ability to scarf down a hamburger in thirty seconds flat. Whatever.

My husband rarely makes requests and I’m always looking for dinner ideas because let’s face it, there is always another meal to think about and prepare. So I ran with his suggestion. I had some ground veal, beef, as well as some Italian sausage so he was in luck. I love this combination in meatballs. And for some reason I decided to make a double recipe which is good when the unexpected guests stopped by. Of course my next thought was what wine I was going to pair with our dinner. My mind immediately went to Italian wines since we were having an Italian-inspired meal. So off to the wine cellar I went to see what I had of the Italian persuasion. And that’s where I came across the 2006 La Ciarliana Vino Nobile di Montepulciano Vigna Scianello. 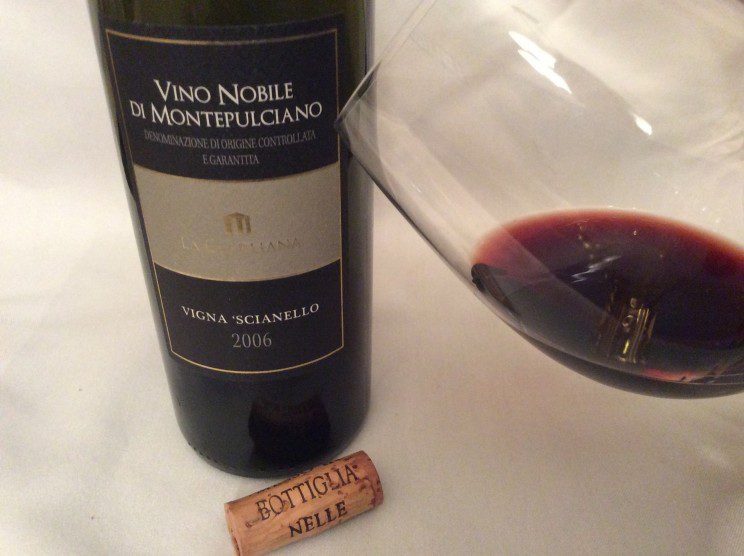 I paid $30 for it (per my note on the back of the bottle) and had picked up the bottle on a whim not knowing anything about it but always looking to try different wines and expand my horizons. But it got me to thinking about the confusing world of Italian wine – particularly Sangiovese in this instance.

I mean have you ever seen an Italian wine called Sangiovese? Not very likely, though many of us have had it but just may not have realized it. If you’ve had a Chianti (remember those wines with the straw basket back in the day?) then you’ve had Sangiovese, or at least a wine where Sangiovese was the predominant grape in the blend. It just wasn’t called that. Like France, Italy has complicated (to me) rules about how wines are named, of what they must be comprised, and on and on. It can make your head spin!

Sangiovese is grown primarily in the Tuscany region of Italy though small amounts are grown in other parts of Italy and other places throughout the world. There are several wines made with the Sangiovese grape though the most widely known is probably Chianti, named for the region within Tuscany in which the grapes are grown. Sometimes the wine is one hundred percent Sangiovese and other times it’s comprised of seventy percent Sangiovese and various other percentages depending on the sub-region where it’s from. I won’t bore you with too much detail about the laws that govern these wines, but just know that if you’re drinking Chinati, you are drinking Sangiovese.

The holy grail of Sangiovese is Brunello di Montalcino, named for the town of Montalcino where the grapes are grown. It’s made with one hundred percent Brunello, which is the local name of Sangiovese in the town of Montalcino. See! Confusing, right?! Brunello has all sorts of rules for how long it has to be aged before release and is generally a big, powerful wine that needs several years of aging. There is also Rossi di Montalcino made with the same grape but which is allowed a shorter aging period and is a bit more approachable. Other Tuscan wines of which Sangiovese is to sole or primary grape include Vino Nobile di Montepulciano, Carmignano, and Morellino di Scansano. OK, so I’m going to stop here as you’re going to stop reading soon. Total wine geek stuff. If you’re more of a newbie to wine and looking to get into Sangiovese, then I would suggest you start with a Chianti and go from there as I find it the most approachable of the Sangiovese wines. I mean it’s hard to go wrong with a pizza and a bottle of Chianti. But don’t get the stuff in the basket (if they even still make it). You deserve better than that.

So how was my Vino Nobile di Montepulciano? I loved it and it was fantastic with the meatballs. I could tell it was a bit older wine as it was more of a brick red with some brown coloring. It was dry, with nicely structured tannins and lovely juicy cherry notes and a hint of chocolate. But note that the fruit notes, while there, were very restrained. This wine offered of lots of complexity and I enjoyed it more and more over the night as it opened up. So all in all a good, successful, albeit unexpected, dinner party with a nice wine. Can’t wait for my next Sangiovese adventure but I’m not sure any of the Brunello I have is ready to drink. We’ll see… 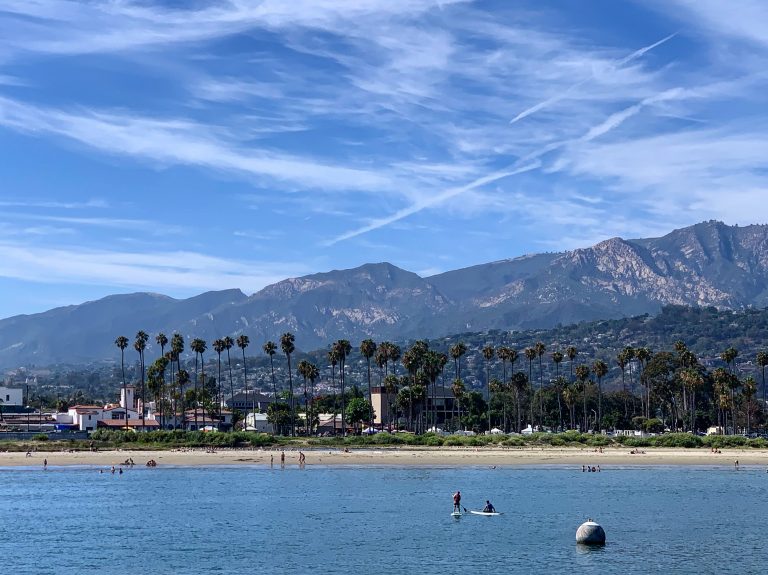 EDS719 was pretty good but now its time for the August edition. And oh August, 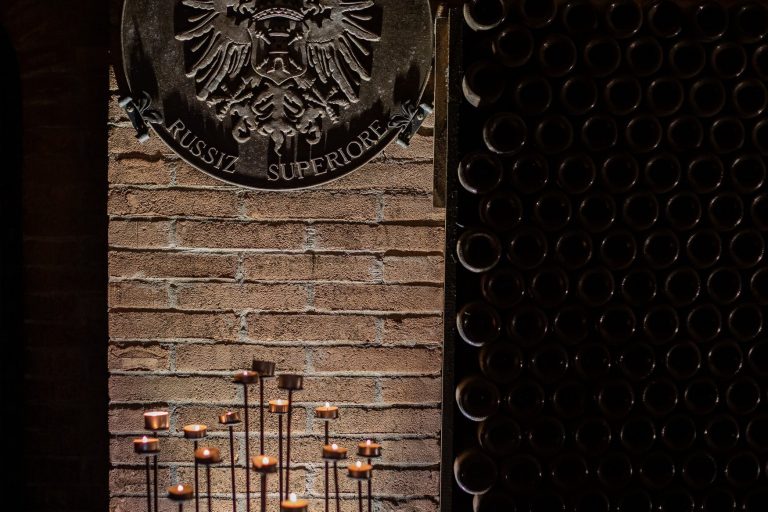 High in the storied hills of Friuli-Venezia Giulia (“Friuli”), the Felluga family has been producing high-quality wines from some of the best vineyard sites in 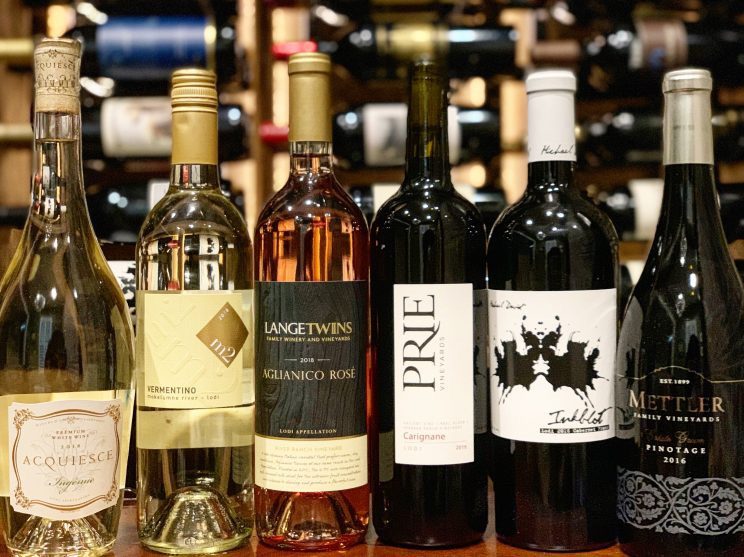 Get Thee to a Glass of Lodi Wine

The amount of great wine coming out of Cali these days is truly mind-boggling. Every time I think I have a handle on the regions