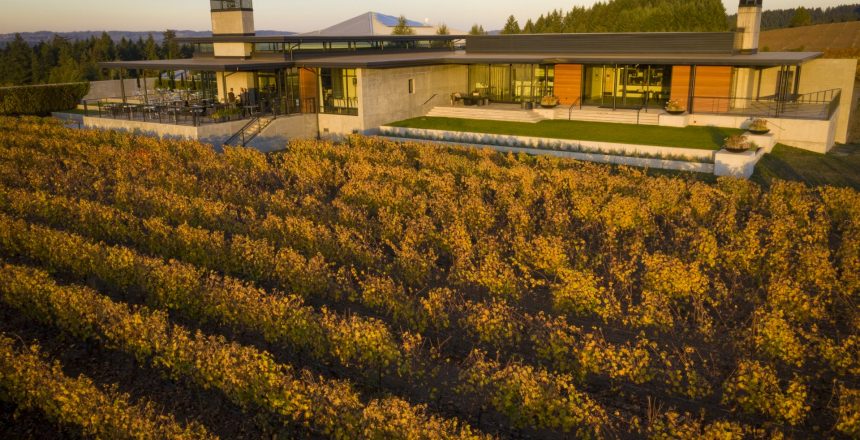 If you’ve survived in business for 50 years, you have to be doing something right! That’s certainly the case for Dick and Nancy Ponzi who founded their winery, Ponzi Vineyards, in Willamette Valley in 1970. Fifty years later the winery is still going strong and one of the most recognized brands in the Willamette Valley. And how fortunate was I to be able to celebrate with Dick Ponzi and daughters (and current owners) Luisa and Anna Maria during their national media tour earlier this year before the dreaded “C”? Luisa is the current winemaker at Ponzi while Anna Maria has taken on the role as the winery’s President. As the second generation of the venerable Ponzi Vineyards, they are wonderful stewards of what can only be called a half-century of winemaking excellence.

And that excellence began with Dick working as an engineer and at some point deciding to become a winemaker – a career decision that would change the trajectory of the Willamette Valley forever. So why wine? Where did this passion come from? Dick shared that he grew up in an Italian household where there was always wine, so essentially it was a part of his DNA.

With a love for Bourgogne and unable to find that style of wine in California, so began the Ponzi’s search for a cool-climate place to make wine. Part of the journey involved research trips in Europe including Burgundy, Alsace, Rhone Valley, and Germany’s Rhine Valley, and found them looking as far north as Okanagan Valley before deciding upon Oregon. And so it was that Ponzi Vineyards became the third winery established in Oregon. Interestingly enough, none of the three wineries knew about each at the time. So if you really think about that time back in the late 1960s/early 1970s – they were making wines in a region that no one had heard of, with a grape that Americans didn’t know much about. You had be to pretty badass and do some cutting edge stuff to pull that off! And they did!

From the beginning, the Ponzis were committed to producing high quality Pinot Noir as well as embracing innovations in gravity flow and gentle handling techniques which really set the bar for the premier wine region that Willamette Valley would become. Of course, it’s easy to practice “gentle handling” when you don’t have any equipment! In those early days, Dick shares that wine was made using the 3 B’s – boots, buckets, and brawn! And for a minute, Nancy, who handled all of the marketing, thought about using this a marketing slogan. Using those 3 B’s, their first vintage was made in 1974 and consisted of four barrels of Pinot Noir as well as small amounts of Chardonnay and Riesling. And while things went (mostly) according to plan with the Pinot Noir, the Chardonnay was another story altogether.

No matter what he did, in the early years, Dick felt the Chardonnay just wasn’t right. The grapes had a difficult time ripening and in fact, would ripen after the Pinot Noir. When Luisa Ponzi came on board in 1993, she helped solve the Chardonnay riddle. Luisa was formally trained in viticulture and enology in Burgundy and was the first women to ever be awarded the Certficate Brevet Professionelle D’Oenologie et Viticulture. It was this experience that helped her hone in on the fact that the Wente Chardonnay clone from California being used was not the best clone for their cool climate site. Instead, it was the French Dijon clone that would perform better in the Willamette Valley climate. And non-geek wine folk, I promise this is as deep as I’ll get into clones. Pinkie swear…

So it’s 1993 and hardly anyone in Willamette Valley (maybe 6 or 7 wineries) is still producing Chardonnay. Most had pulled it up because it just wasn’t working. With bets on the Dijon clone being the right one for them, Ponzi proceeds to replace its Wente clones with Dijon clones in 1994 and could only sit back and hope it worked. This ended up being a game changer for them. And with each vintage the Chardonnay got better. And listening to Luisa and her passion for Chardonnay, you certainly understand why. During Ponzi’s Chardonnay evolution, Luisa shares that her knowledge and focus continued to evolve. She began to better understand picking times, realized that everything was not always about ripeness, began using less oak, and really honed in on the textural elements of the family’s Chardonnay. Essentially, Luisa did for Ponzi Chardonnay what father Dick did for Ponzi Pinot Noir.

The Ponzi story is certainly a remarkable one. From the founding of Ponzi Vineyards in 1970 to the first vintage in 1974, a lot has happened. In 1979, Ponzi Pinot Noir was featured in the New York Times for the first time and in 1985, famed critic Robert Parker associated Ponzi wines with the greatness of Domaine de la Romanée Conti. Oh, hello! 1987 saw Ponzi Pinot being ranked in Wine Spectator’s Top 100 Wines for the first time and in 1988, Dick Ponzi was named Oregon’s Top Producer by Wine Advocate. The 1990s saw the return of both daughters to the family business – with Maria taking over marketing and sales and Luisa completing her first vintage in 1993.

And things just kept rolling in the next decade. In 2000, Nancy was one of the founding directors of Oregon Pinot Camp which is a fabulous three day educational trade event and one of the highlights on the wine calendar each year. I seriously need to attend one of these! 2000 is also the year when all of Ponzi’s vineyards were certified sustainable. All throughout the 2000’s, both Maria and Luisa continue to be recognized and honored not only for their work at Ponzi Vineyards, but for their efforts in the Willamette Valley, the State of Oregon, and beyond. The sky certainly is the limit and the future looks bright for Ponzi’s second generation.

A Historical Tasting During Lunch

A few highlights from lunch.

From being absolute pioneers when practically no one had even heard of Willamette Valley, to today with a look decidedly toward to the region’s future, the Ponzi family impact is indisputable. Happy 50th Anniversary to Ponzi Vineyards!! 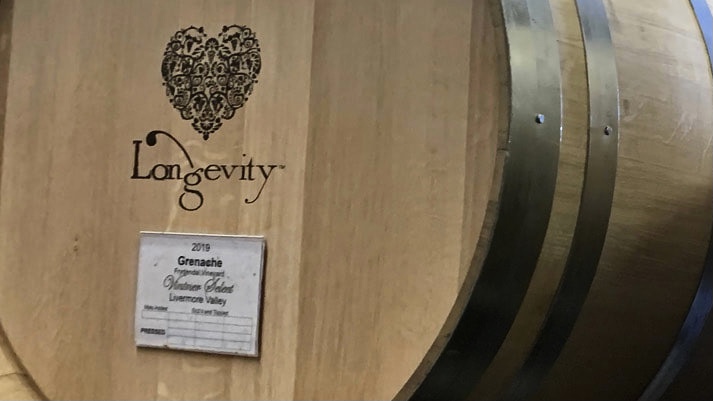 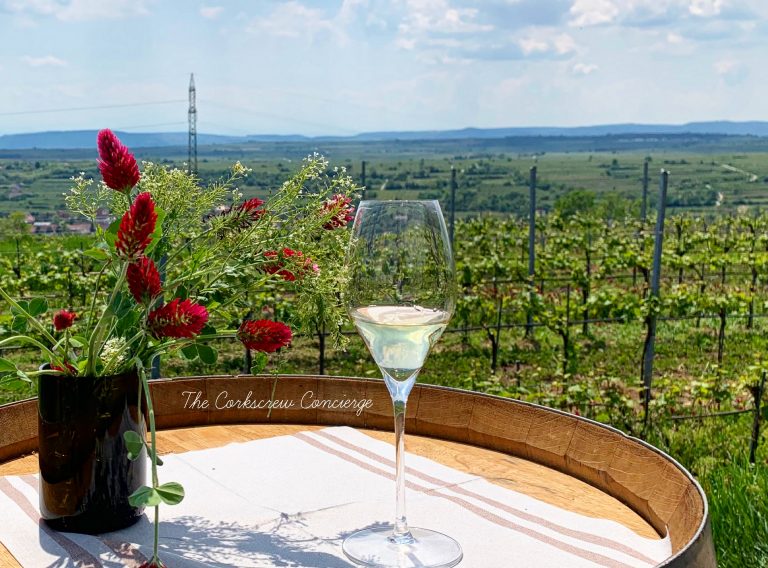