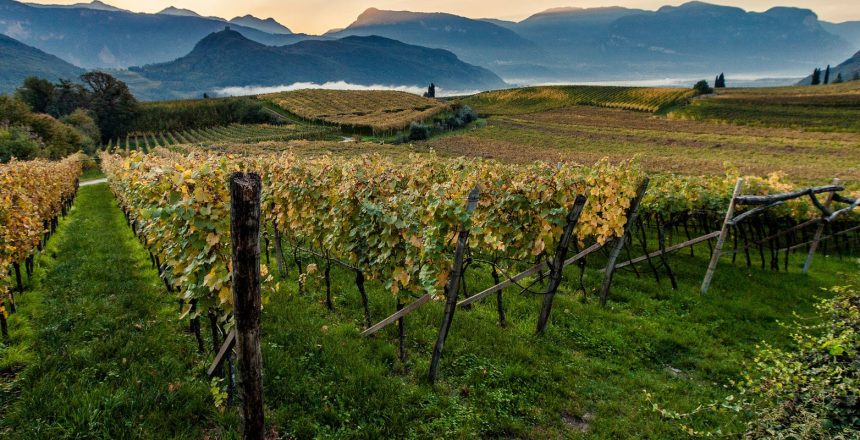 It’s the height of summer and hot as Hades, so of course I’m looking for some summer wines to cool off with. The #winePW group of writers and I are sharing some of our favorite summer sips paired with tasty bites. For me, its all about Schiava and tasty BBQ. This is the ultimate red wine for summer!

I’ve said it before and I’ll say it again, I’m simply mad about the white wines of Alto Adige-Südtirol. They are the people that convinced me that all Pinot Grigio was not simply alcohol water. They showed me that Chardonnay outside of Bourgogne and California’s Central Coast could seriously make me swoon! And they showed me that smaller could indeed be better – they are one of Italy’s smallest wine regions, but make an amazing array of wines. And they are all about quality. Over ninety-eight percent of the region’s production falls under DOC classification – the highest of any Italian region. It just may be one of the highest quality wine regions hiding in plain sight. I’m so smitten with the region that I even penned a piece for the folks at a the Vintner Project because I wanted to tell the story of this beautiful region. Be sure to check it out: The New Guard Forges Ahead in an Ever-Changing Alto Adige-Südtirol. But as much as I love the white wines, I’m here to talk about one of their red wines that legit has me excited – Schiava!

As one of the oldest wine regions in Europe, there have been many changes and shifts in wine focus over centuries in Alto Adige-Südtirol. The existence of wine in the region dates back to at least 500 B.C. and had early contributions from the Rhaetians, Romans, Bavarians, and Swabians. During the Middle Ages, monasteries from what is now southern Germany, acquired wineries and engaged in winemaking activities that would last for nearly a thousand years. In the beginning, it was all about youthful white wines, but the 16th century marked a shift to red wine.

Around 1850, during the time the region was under the control of the Hapsburgs, Burgundy varieties and Riesling were introduced to the area by Archduke Johann of Austria. Bordeaux varieties were not far behind. In fact, because of this early introduction of numerous grapes varieties, the region today continues to have a wide diversity of plantings.

That Austrian influence also explains much about the region as a whole. Sharing a border with Austria, the region is in many respects more Germanic than Italian. Alto Adige-Südtirol was a part of some version of the Austrian and Austro-Hungarian empires for centuries and only became a part of Italy at the conclusion of the First World War. The population largely speaks both German and Italian and a majority of the population are native German speakers. Because of this confluence, wine labels may include descriptions in Italian or German – or both. Even the wine regions are spoken of in both Italian and German, e.g. “Lago di Caldaro” aka “Kalterersee” and “Alto Adige” aka “Südtirol.” This also explains my hyphenation of the region.

After a period of popularity, the reputation of the region’s red wines began to suffer. For many years, they just weren’t very good and this certainly paved the way for the white wine superstars that we love today. To be sure, white wines are still most prominent, comprising 64% of production. But the reds are certainly holding their own and the quality is back. Schiava (a.k.a. Vernatsch) and Lagrein, along with Pinot Noir, are the most produced red wines. Even Merlot and Cabernet Sauvignon can be found in the region. And while I’ve enjoyed several of the red wines, today is all about Schiava.

Schiava (aka Vernatsch, Black Hamburg, or Trollinger) just may just be the prefect red wine for summer. As a fan of lighter bodied reds like Pinot Noir and Gamay, particularly this time of year, I knew I’d enjoy Schiava even before I tried it. This indigenous variety has been grown in the region since the 16th century and is the most produced red wine. Like Pinot Noir, Schiava is “thin-skinned” and often referred to as “fickle.” It is grown in a number of places within the region and recent decades have seen yields significantly reduced which has lead to increased quality.

Schiava is the key variety in wines from the Santa Maddalena (which often features small amounts of Lagrein) and Lago di Caldaro/Kalterersee DOC. When grown in Santa Maddalena in Bolzano, it tends to be a bit bolder with more body, while those coming from Lake Caldaro are softer and smoother. Uncork one from Merano and you’ll find more spice. But wherever it’s grown, it has the hallmark acidity that Alto Adige-Südtirol is known for as well as low to mid-level tannins and generous red berry and floral notes. And it loves a chill. Like a 55 degree chill. Chilling it brings out the delicious red fruits and makes the acidity more pronounced. And in this heat I live in (the past month was the hottest we’ve ever had with several triple digit highs) I’m all about chilled wine. I’ve been fortunate to try several Schiava wines that I really enjoyed recently and in fact over the last couple of years.

Crafted from 50-year old vines grown on Rottensteiner’s Nussbaumer estate near Bolzano and aged in stainless steel, this is light and fresh with mineral and bright cherry fruit. While the wine is known for its freshness, it can certainly take on a little age and retain its elegance.

Prackwieser is one of a small number of independent growers in Alto Adige that is involved in the entire process from vineyard to bottle to marketing. This one is 100% Schiava from southern Valle Isarco sub-region and sees a combination of ageing in steel tanks and 1/3 wooden casks. Juicy red and black fruit with a touch of herbs.

As is common in wines from the Santa Maddalena zone, this one features a small amount of Lagrein (15%). That addition makes it noticeably darker in the glass than other Schiava wines. To be sure, the wine has more of a structured backbone, yet still retains the bright fruit for which Schiava is known. Somewhat reminiscent of Pinot Noir with smokiness and cherries galore – even some chocolate covered cherries.

I’ve even been able to find Schiava rosé! And what a lovely rosé it was. Full of fresh, ripe fruit, it was like summer in a bottle.

And you know what this chilled, ripe, fruit-forward wine plays well with? BBQ! Yes, Schiava is a great pairing for smoky, saucy, yummy BBQ. Despite the heat, we love to grill. And while we are able to grill year-round, there is just something about summer grilling. And the fact that Schiava is fruity, medium-bodied, has low tannins, and has lower alcohol (many come in around 12%) makes it THE wine to uncork when you want some red wine to enjoy during the summer heat. It’s such a fresh contrast to the smoky, saucy BBQ.

Recently, we put some pork belly on the smoker and finished it in a sweet, slightly spicy sauce. We loosely follow the Smoked Pork Belly Burnt Ends recipe from the folks at Vindulge. The process starts with a sweet and spicy rub on the pork and smoking it for 2-3 hours.

After that, we add a sweet and savory BBQ sauce and let the pork braise in the liquid for about another hour. This time we used the Fischer & Wieser Four Star Provisions Texas Whiskey Glaze combined with some BBQ sauce for the braising liquid. So damn good.

And the great thing is that a little goes a long way. I had a few cubes of the pork belly with a cool, fresh cabbage slaw and it was just perfection. The slaw is definitely needed to contrast the richness of the meat. A perfect pairing with the Kurtatsch Sonntaler Vernatsch/Schiava Alte Reben. I’m such a fan of this wine!

In addition to BBQ, do know that Schiava is an extremely versatile wine that can pair with veal, pasta, young cheeses, pork, and more. Even a richer style of fish, grilled or otherwise, would be at home with lighter styles. Want to pair with some traditional South Tyrolean fare? Whip up some knödel, the region’s delicious dumplings, which can be made with cheese, speck, spinach and more. Want to keep it simple? How about ham and cheese on ciabatta. I dare say that this can be the versatile friend that you bring to Thanksgiving dinner. Think how cool you’d be!

In my neck of the woods and looking for Schiava, or heck any wines from Alto Adige-Südtirol? Our friends at Total Wine as well as local shops Vinology and Houston Wine Merchant have a few to try. I do hope you’ll get a bottle to try and join in on the Summer of Schiava!

And if you’re looking for more summer wines and tasty bites, be sure to check out what my fellow #WinePW bloggers are pairing. 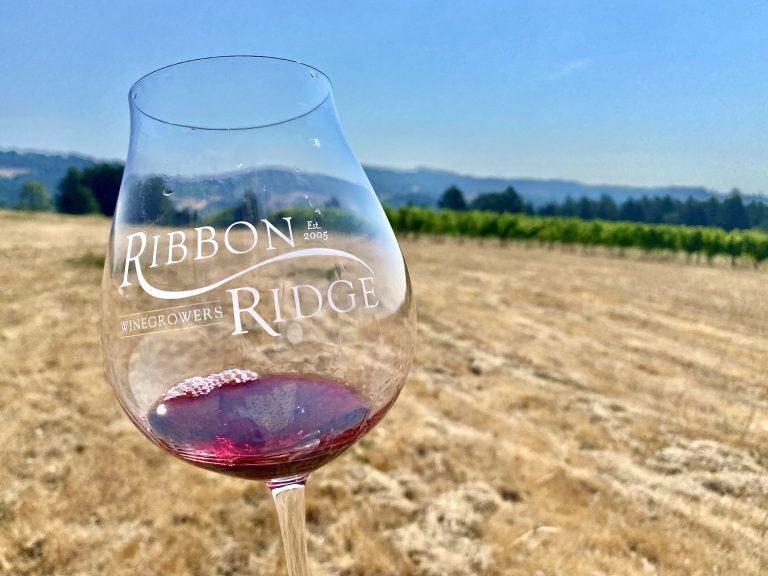 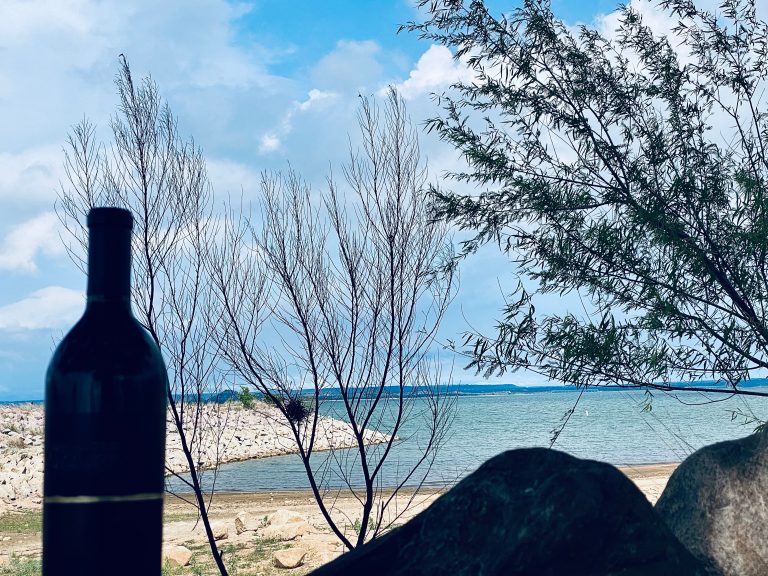 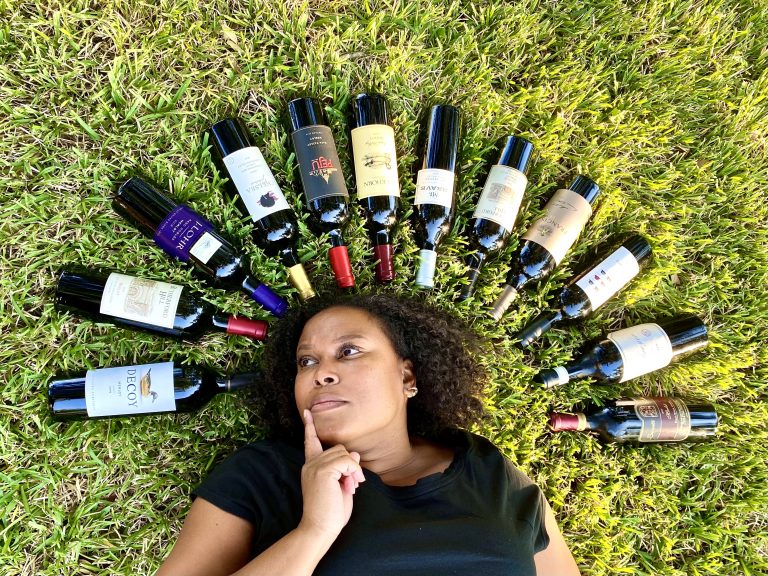