100 Chances to Find Your Wine Love at Fleming’s 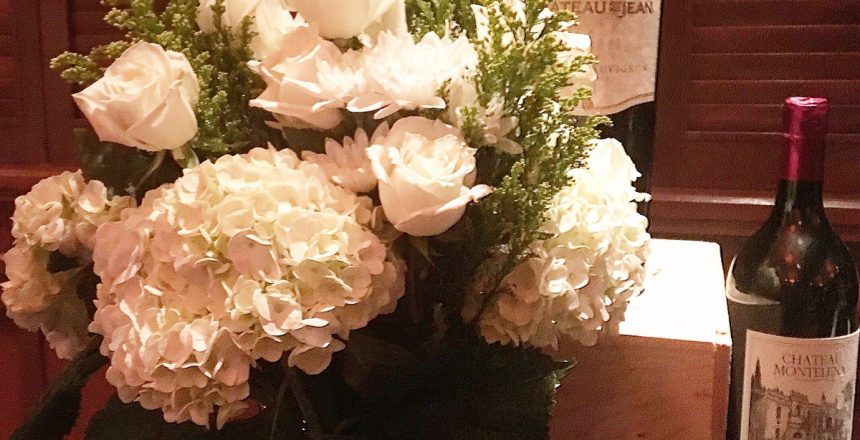 Still trying to decide what wines you like? Are you an indecisive wine drinker? Or do you just like exploring the wide world of wine? Whatever your style (or issue), the folks at Fleming’s Prime Steakhouse & Wine Bar have you covered. And with locations in multiples cities and states, you’re bound to find a location near you.

All summer long they’ve been doing their “100 Wines, One Summer” promotion where they have complimentary wine tastings every night. Yes, every night.

They actually offer 100 wines by the glass every day, which is quite impressive as lots of places will have only a handful of selections by the glass. That’s 100 opportunities to find what you love.

Each night during the summer promotion, they pour two of these wines for guests to taste on a complimentary basis. On Wednesdays, the featured wines are from their Reserve List. The promotion was initially supposed to go through August 20, but has been so popular that they extended it through August 31. But even if you can’t make it out for the summer promotion, you always have the option of going in and trying any of these 100 wines. They are available all year long. And they are so flexible. You can do a half glass or a flight if you can’t even commit to a full glass. The whole point is helping you find what you love. 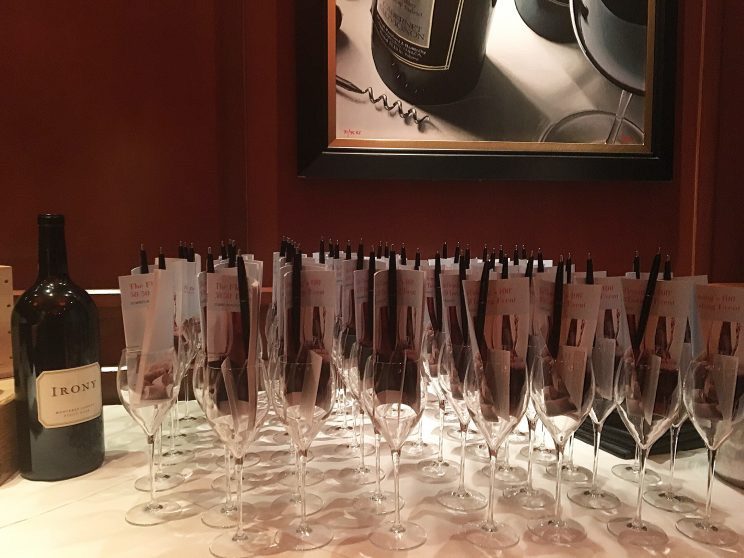 This was such a great opportunity to taste a wide variety of wines. I’m in the “Exploring the Wide World of Wine” group for sure. My only problem was trying to decide which of the fifty wines to taste. Bubbly? Oregon Pinot? Italian? South African? California Cab? Decisions, decisions…

There were four tables grouped by style of wine going from lightest to heaviest. Here are a few of the gems I tried, as well as some of the nosh. 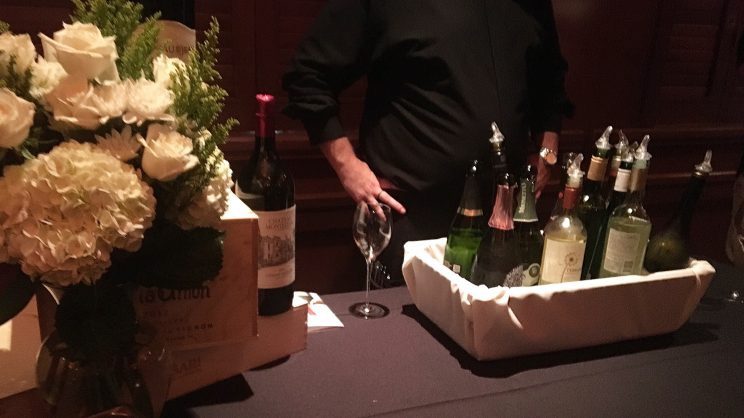 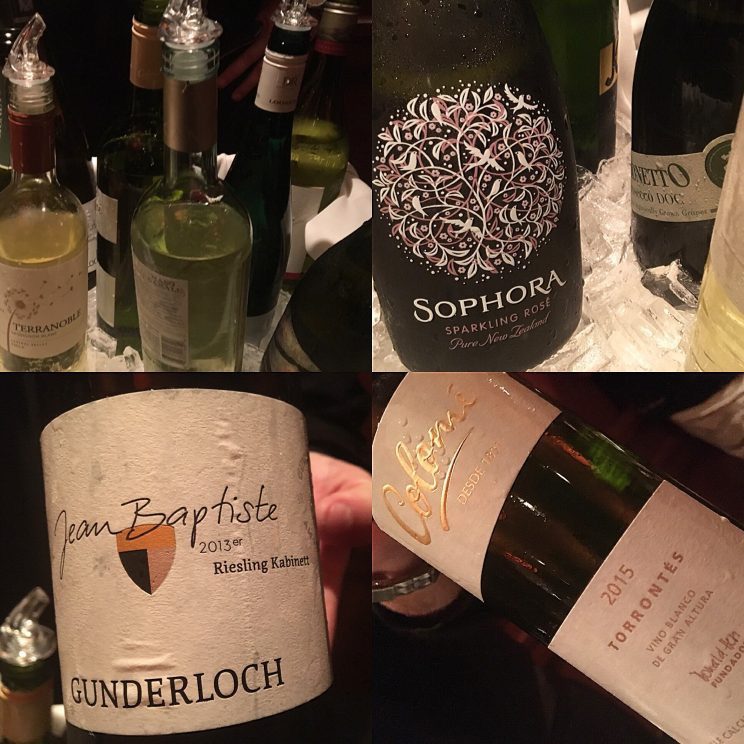 One standout for me was the Sophora Sparkling Rose from New Zealand. I believe this was my first sparkling wine of any sort from New Zealand and I’m looking forward to trying more.

The second table featured heavier white wines such as Chardonnay and lighter reds such as Pinot Noir. 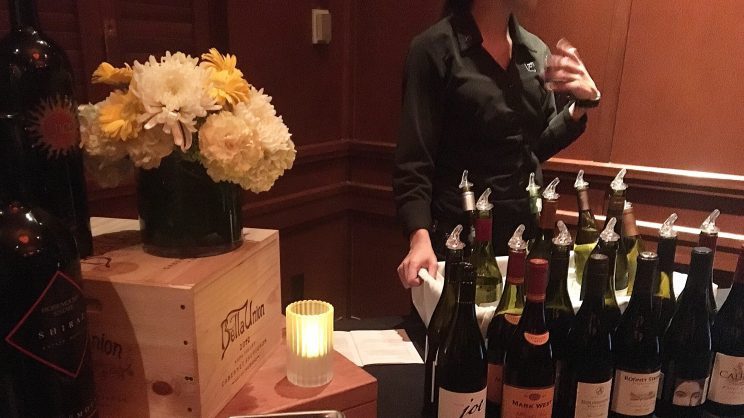 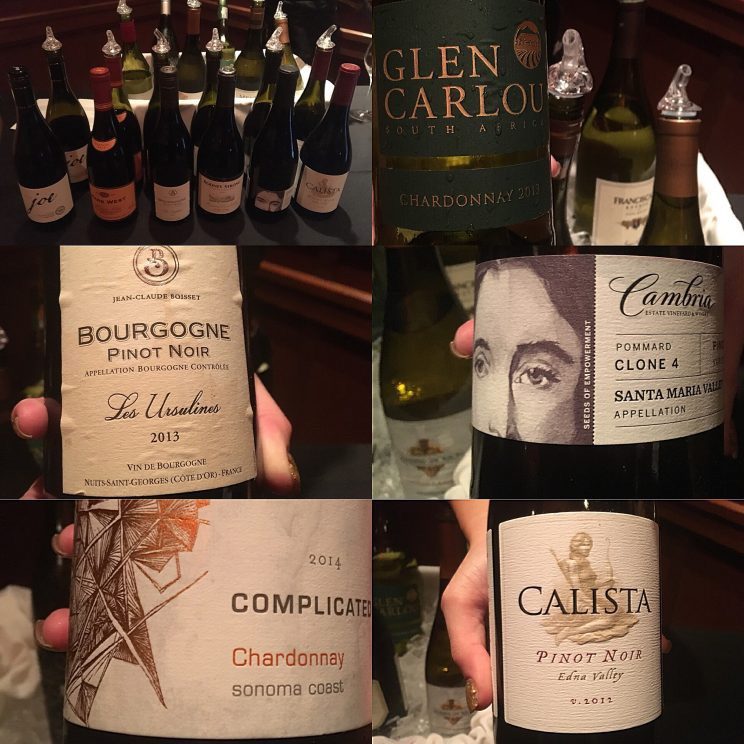 Two standouts for me were the Cambria Pinot Noir Clone 4 from Santa Maria Valley as well as the Calista Pinot Noir from Edna Valley in California. I also enjoyed the Glen Carlou Chardonnay from South Africa, which was quite Burgundian.

The focus of the third table was medium bodied red wines such as Rioja, Grenache, Malbec, and Zinfandel. 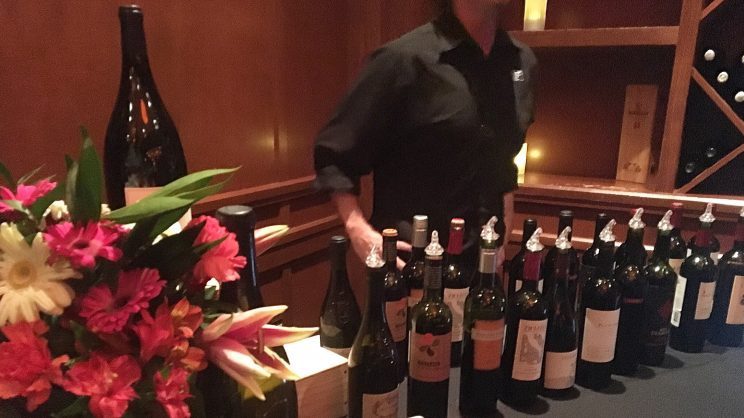 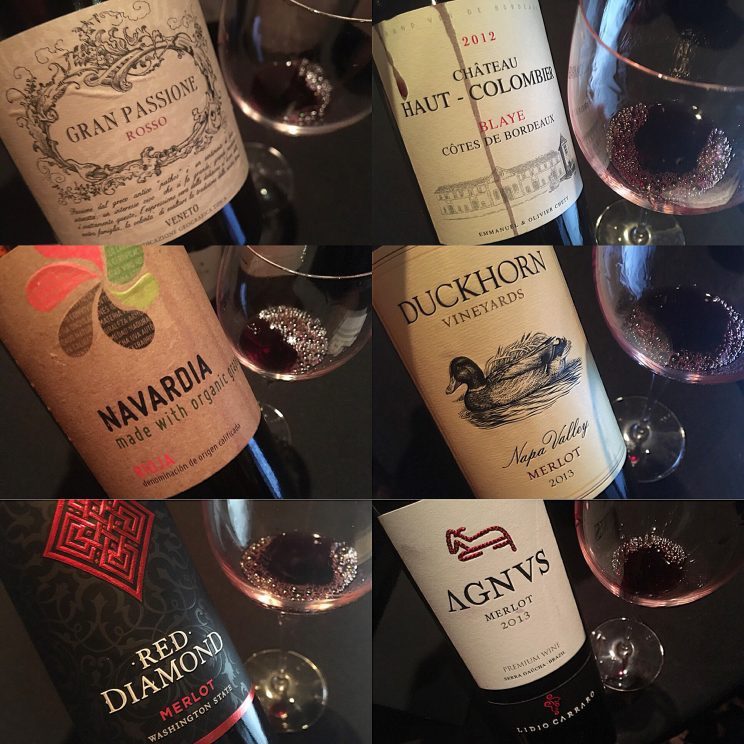 I could have just camped out at this table. My favorites among the bunch were the last four wines I tasted which were all Merlots (Red Diamond from Washington State, Chateau Haut-Colombier from Bordeaux, Duckhorn from Napa, and Agnus Lidio Carraro from Brazil). I am now wild about the Red Diamond Merlot (I told you that Washington has it going on) and was absolutely thrilled to try a Merlot from Brazil (my first). I was also a fan of the Gran Passione Rosso from Veneto Italy which was made in the same manner as Amarone by drying the grapes out on a rack. It was a little lighter than Amarone but exhibited some lovely red fruit.

The last table was all about the big, bold reds. Cabernet Sauvugnon and Cabernet blends reigned supreme. 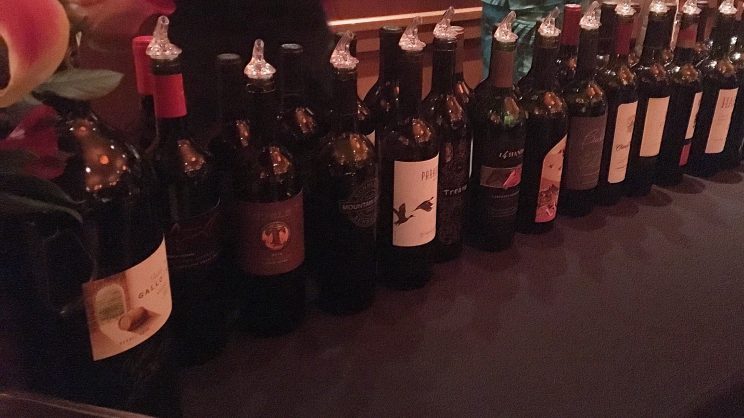 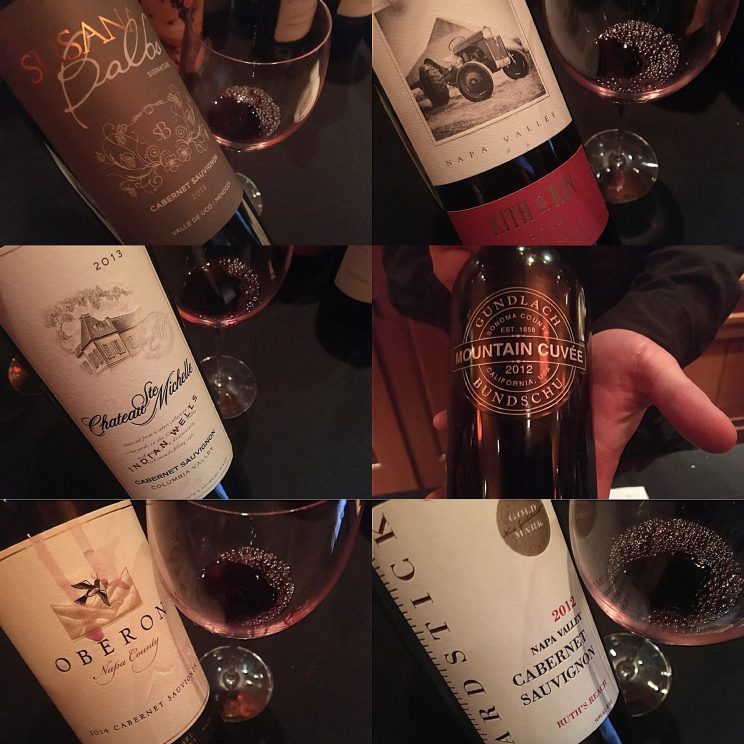 Some standouts for me were the Oberon, Round Pond, Chateau Ste Michelle Indian Wells, and Yardstick – all of which happened to be Cabs and Cab blends. Yeah, I know I named a lot them.

Of course, to truly appreciate wine, you need some fabulous nosh. Well that was provided as well. And I have to say that those truffled breaded mushrooms were amazing! Kinda wish I has a Ziploc baggie. 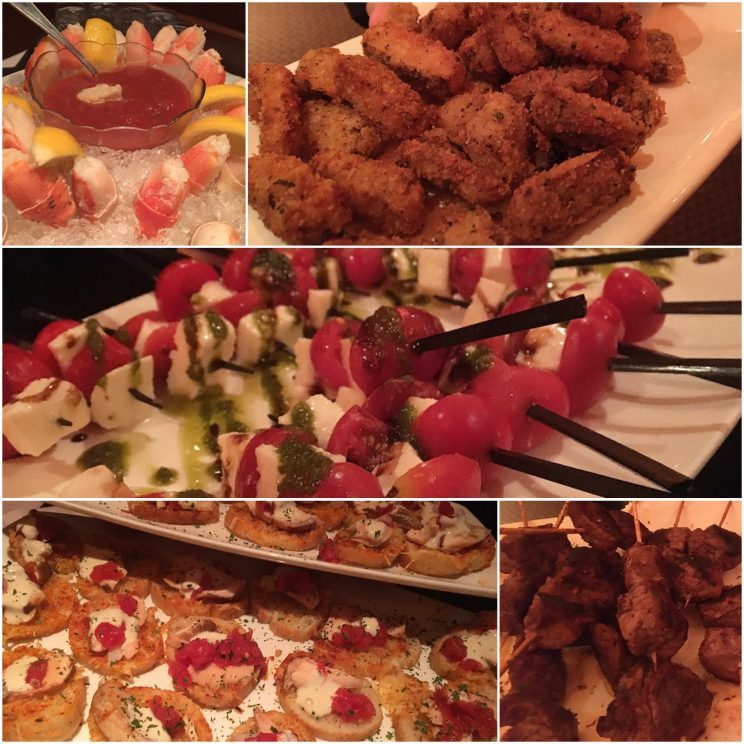 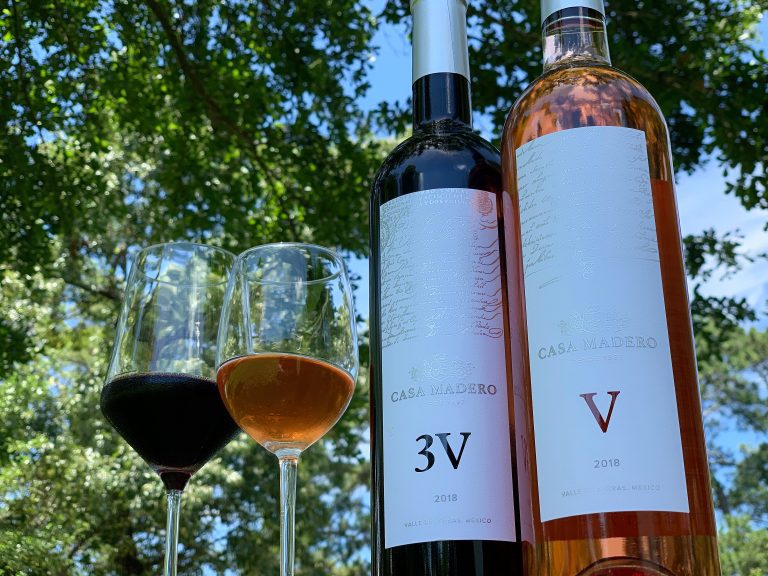 Mexican Wine History Through a Bottle of Casa Madero

Yes we all know and love Mexico for its famous spirits made from agave as well as its ubiquitous beers. Pass the lime and salt 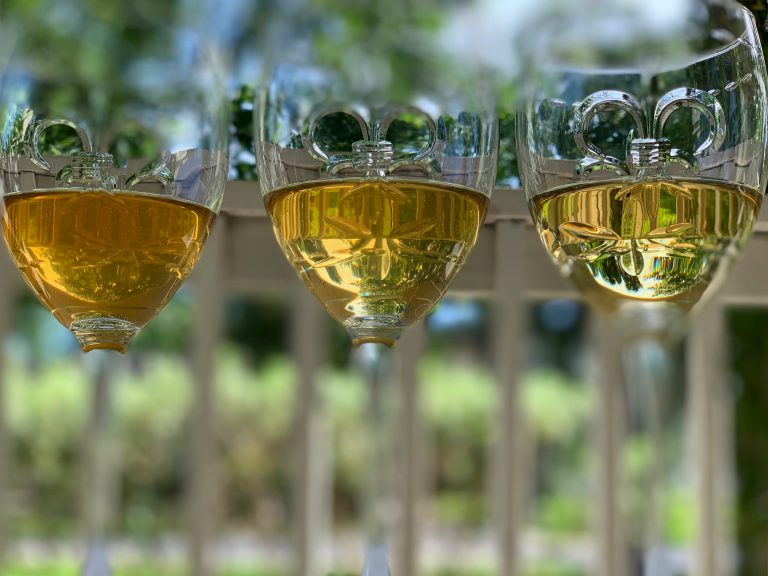 Is Orange (Wine) the New Everything Wine? #WinePW

Let me just throw it out there. I’ve had a few so-called “orange wines” over the years and couldn’t stand them. I was seriously like 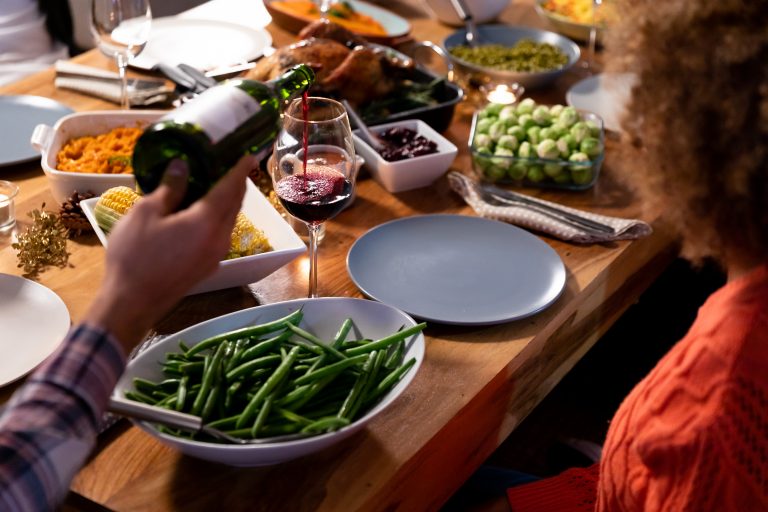 Bring the Acid! – Guide to the Perfect Thanksgiving Wines

Thanksgiving is hands down one of my favorite holidays. The older I get, the more it has overtaken Christmas as my fave. It truly is