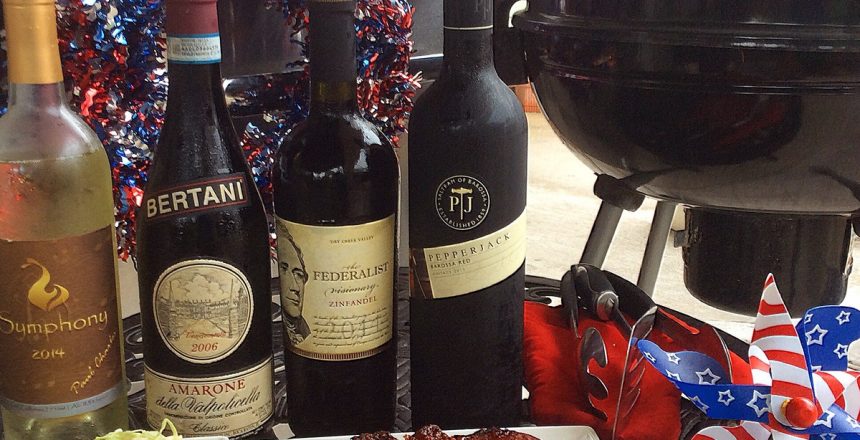 So it’s the beginning of July and that means that 4th of July celebrations are in full force. It’s also a time when folks BBQ or grill. Notice that I said “or” as I view these as two different things. I know people use the terms interchangeably, but I grill fish and steaks. When I think of BBQ, I think of smoky goodness using mesquite, hickory, pecan or whatever type of wood that you like. This is what makes BBQ different from grilling. So when I’m playing pit master (OK, not really) – when the people I know and love start playing pit master and bring me some smoky BBQ, of course I’m always thinking about what I’m going to pair with said BBQ. BBQ is a way of life for many and is almost mandatory for the 4th of July.

Since we’re hanging outside, I usually reach for a Rose, but there are certainly other BBQ wines worth exploring. I had the #WineSquad over and we tasted a variety of wines paired with some smoky ribs, brisket, and sausage. I had slaw but I’m pretty sure no one touched it. We tasted a total of four wines.

First up was the 2014 Symphony from Paul Charles. 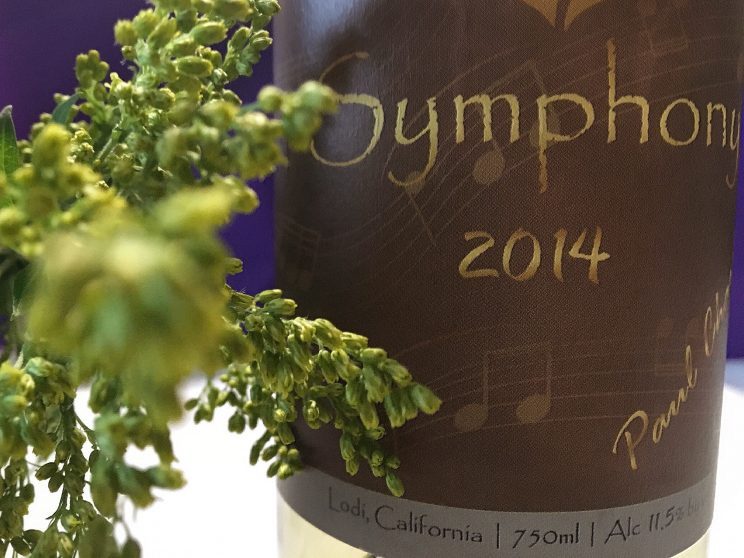 I first wrote about Paul Charles and his wines here. I picked this one for the BBQ as I thought it would go well with the spiciness in the sausage. This is quite a fragrant wine with notes of honey, peach, and elderflower. Umm, so yeah. The #WineSquad had no issue telling me that I was flat out wrong. They actually thought my sausage wasn’t spicy enough and suggested it would pair better with a jalapeño sausage, which I did not have. Revisiting it, we all thought it paired well with honey as the wine was pretty sweet. And in a twist (that’s why it’s so much fun hosting these) we actually discovered it went well with a simple peanut butter and jelly sandwich. Go figure! So if you’re looking to curl up with the comfort of PB&J, have a pour! 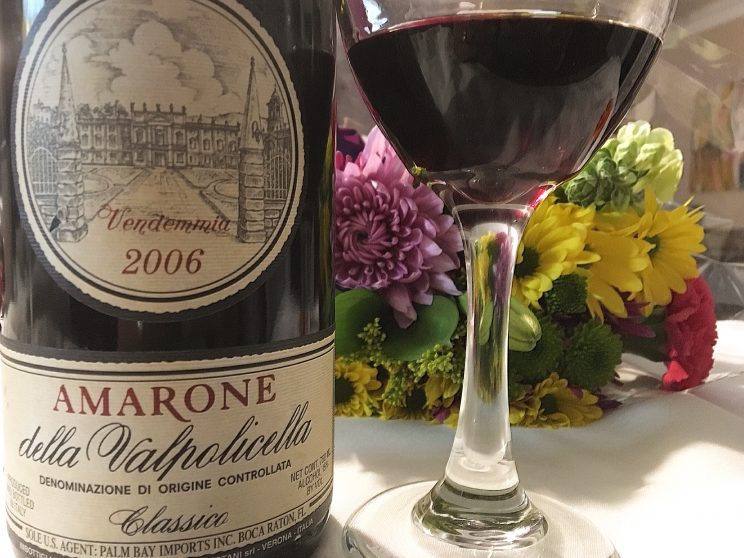 Next we had a #Splurgeworthy Amarone which I bought for $110 plus tax. All but one of us really liked this wine. This was a very dark red with developing tinges of brown on the edges. It was smooth with dark plum and licorice aromas as well as a hint of spiciness. More of the plum and spice on the palate as well as some dark cherry. We all liked this with the ribs. I actually thought the wine enhanced the smokiness of the meat and that the spice in the meat and wine complemented each other. Definitely #Splurgeworthy.

With a nod to one of the most well-known Federalists in US History, Alexander Hamilton is featured on the bottle of this Dry Creek Zinfandel. 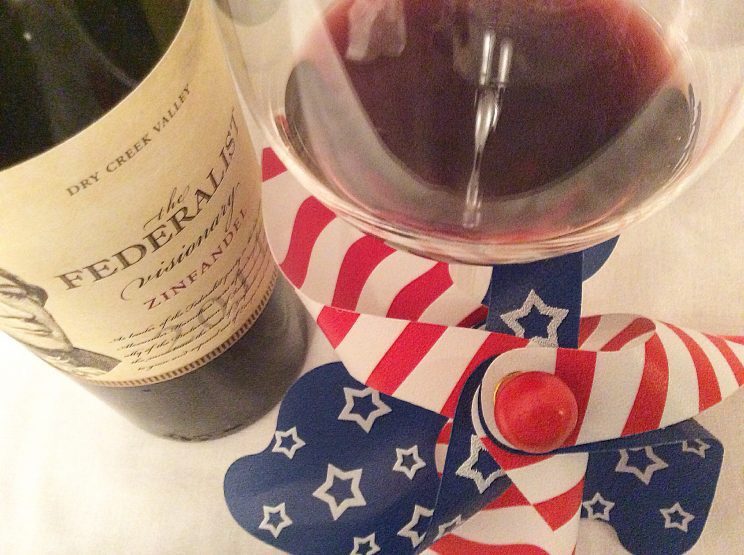 Being the classic American grape, the Zinfandel was certainly a match for the ultimate in American BBQ. The wine was a classic brick red with aromas of dark cherry, raspberry, prunes as well as some dark chocolate. Tasting it revealed very intense, ripe cherry fruit along with some spice. It basically had all the fruity jam flavors I expect with a Zin. Even with the big fruit flavor profile, the wine was still very well balanced. We all liked this with all of the meat but as much as we liked the Amarone with the ribs, we absolutely loved this with the ribs which had just a dab of sweet sauce on it. Glazed ribs and Zin please!

The last wine of the bunch, Pepperjack, was a red blend (Shiraz, Grenache, and Merlot) from the Barossa Valley of Australia which I purchased for about $20. It’s a noticeable trend that the tasting notes become more sparse as we get to the end of the wines. 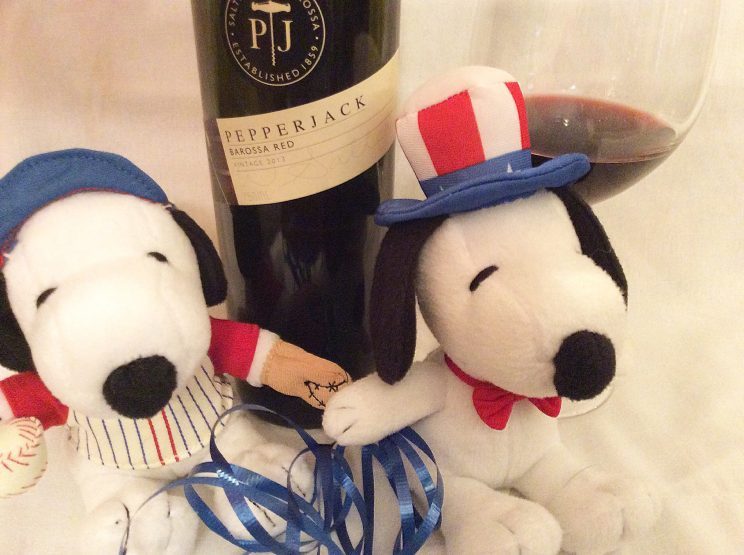 Thing 1 insisted that the Snoopy Brothers make an appearance since they were all decked out in their 4th of July best. The wine was a deep, rich burgundy color with aromas of raisin, dark cherry, and plum. Leather and more plum on the palate.

This wine was the most structured and tannic of the bunch and I thought it paired best with the brisket. Not only did I like it with the brisket, I liked it better with the fattier cuts of brisket than the lean cuts. And no one liked it with the sausage. One taster emphatically put “NO SAUSAGE!!” on her tasting sheet. OK, point taken. We also thought this one would be nice with dark chocolate.

So there you have it! The 4th of July BBQ wine tasting edition by my #WineSquad. Just be careful with these as some of the alcohol levels are up there. The Zin and Amarone clock in at around 15% alcohol and the Barossa red at 14.5%. These are not a babies! That could also partly explain my need for a very long nap afterwards. And I must say that some of the tasting notes had me in stitches! 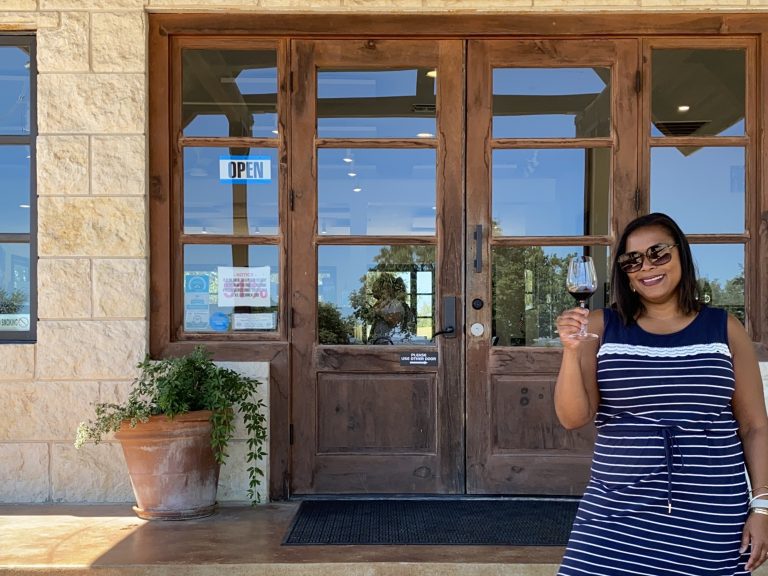 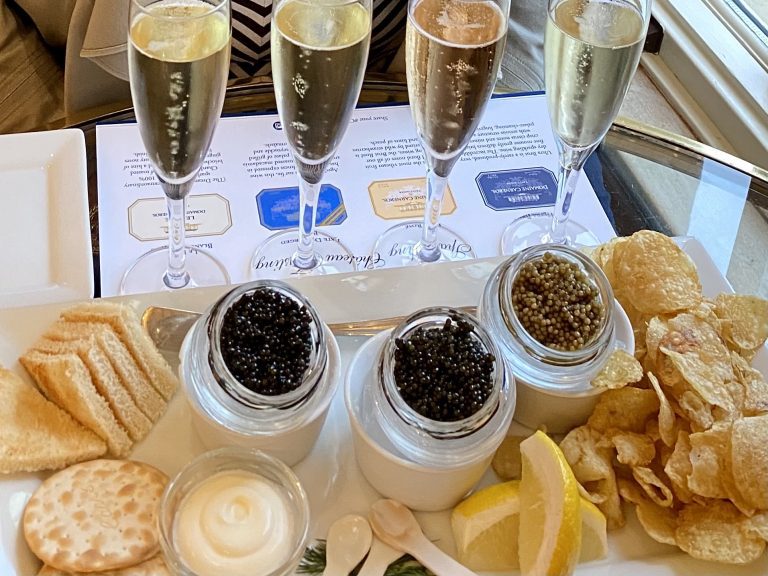 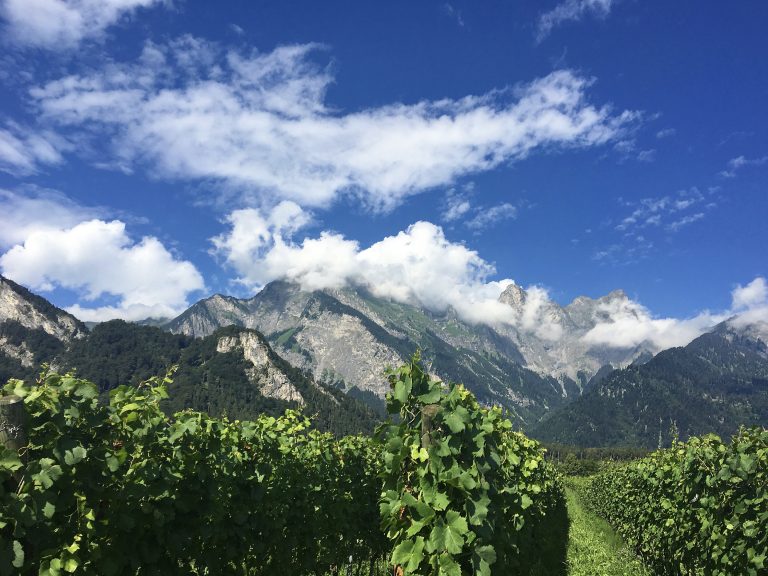